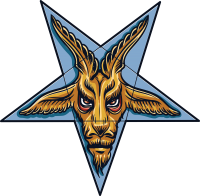 We defend and protect against lies, slander and other assaults on Satan and Satanism.

There is much disinformation, exaggeration and falsehoods regarding Satanism, especially from organized religion.

We will show this all is not true and part of a great deception.

Whether you are existing Satanist or new to the path and are earnestly seeking for Truth, you are welcome here.

Join now and get access to the library, user forums and other benefits. You also help support the ministry to all Satanists.
Principles

Learn about and practive the 13 pricinples of a Satanist in your daily life.
Why Satanism? 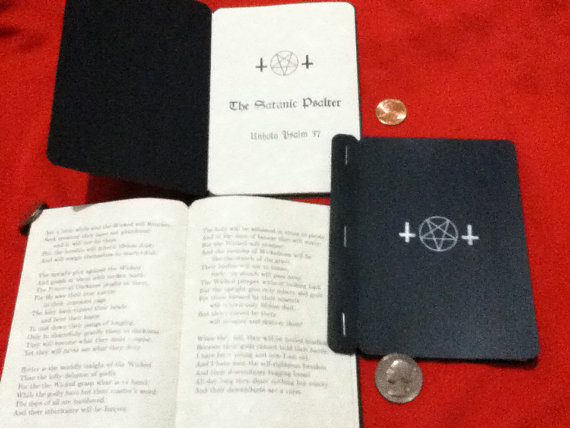 How is Satanism different from other belief systems and why should you follow it?
Latest Posts

Defenders of Satan Essay #0010 Forgiveness, Exposed: Part #1 One of my most hated constructs is the concept of forgiveness. Not all forgiveness but specifically what I call forced forgiveness or mandatory forgiveness. This has been on my heart to write for some time now. I will be explaining in detail what I mean and why no Satanist should ever practice this type of forgiveness. What I am referring to is the societal pressure that is put on somebody to let someone else off the hook even for heinous crimes. Well especially for heinous crimes or abuse. For example my own story consists of extreme abuse, a form of slavery and around the clock menu emotional and physical abuse. In fact I am writing a book about it. One of the things I have been told over the years is that I need to forgive the abuser. I am sorry but you got to be fucking kidding me. Because of the abuse I have PTSD, and many other mental and emotional problems. The abusers primarily the female one has absolutely no remorse about it and in fact she thinks that it was "good". This is the person that I am supposed to "forgive". She has suffered no legal or any other type of punishment over this and now I am supposed to essentially let her off the hook for this. Now I've heard the bullshit that it's not about letting the other person off the hook but moving on, moving forward, etc etc. Blah blah blah. This is a lie because in reality the person that did you the wrong doing and wants to be forgiven or others who are trying to command you to "forgive" often expect the crimes or wrongdoing has been done to you to be basically wiped from the slate and you go on with the relationship. This is the reality of what I call forced forgiveness. In fact if you do not forgive the person that has wronged you so, you may be scolded about not forgiving them. I have personally seen this. Often it takes place a this is just terrible I don't know how can we get rid of that I just can't take that I can'ts being told that you will not be healed, you will not be able to move on with your life or some other pile of crap. In effect what you are being asked to do is to skip the concept of justice or vengeance and just go ahead and accept the fact that you were wronged or harmed and that now you will just "let it go". I find offensive on every level and you should as well. We, as satanists are not required to forgive especially people who have no remorse. It is disgusting. The Wretched so called "Lord's Prayer" coming I'm supposed to "forgive others as we are forgiven" or more specifically "Forgive us our trespasses, as we forgive those who trespass against us." Will guess what? I will not be forgiving the abuse not in this lifetime and not in the next. Now I am not against all forms of forgiveness especially to forgive yourself. Always forgive yourself. Also if someone has wronged you and they are very remorseful and have done some kind of punitive reparation then it is okay for you to forgive but only if you WILL it or WANT it. Do not ever let anyone tell you that you have to forgive anyone. Do not let them make you feel guilty if you will not do this. Don't let them tell you that this will happen and that will happen. You were the one that was wronged and it is up to you on how you want to proceed. You will notice that many people who tell you this usually have some terrible things that they have done to others. So they are relying on forgiveness to wipe away there are many wrong doings and cruelty to others. The reason that I say all of this is that it is a big deal in general to people around you that you carry through this phony act. You can still move on with your life and not forgive the people that have harmed you. As a Satanist, your desire for justice and even vengeance is perfectly natural. In fact, if you are harmed and you just let it go you are essentially giving the other person a pass on evil Behavior. Remember that our Father is the ultimate Arbiter of vengeance. Ave Satanas and may Father bless all of you Magus Stirling

Oh Foolishness thy name is Forgiveness Forgive Forgive the RHP Cults admonish us to do. We must forgive those who do us wrong. By Father Satan do we dispense with such foolishness. We are to forgive and forget the harm done to us. Never did the wrongdoer relent, never did they repent. They harmed us without thought, without care. By Father Satan do we reject the disgusting concept of forgiveness. We will hate, we will scorn. We are free to feel as we must, to do as we should. Destruction to those who do harm to the Children of the Dark Lord. No forgiveness, no quarter given to those who gave us none Hail Father Satan, king of justice, lord of vengeance. Ave Satanas!
CategoriesTrending