How to apply ancient occult knowledge for health, wealth and happiness.

Learn the applied psychology behind lesser magic techniques and how the ceremonial psychodrama of greater magic can bring you success in life. Recipes for ritual feasting, practical advice on protection from physic attacks and debunking of modern misconceptions plus much more for the 21st century occultist.

derived from the Aramaic phrase, "I create as I speak."

a mystical word or expression used in incantations, on amulets, etc., for magical purposes

Someone had been spreading lies about Satanism.

When you picture a Satanist in your mind, what images do you see? Do you think of Aleister Crowley, Anton LaVey, Helena Blavatsky or a brutal death metal band?

Perhaps you already knew the early years of NASA were guided by a Satanic hand. Maybe you suspect your neighbour or boss dabbles in the dark arts but were unprepared to dive in to a life of devilry yourself. Keep Calm and Hail Satan brings together a lifetime of accumulated occult knowledge and wisdom. Knowledge that was previously only accessible by high ranking members of secret societies. The author, Oliver Haddo, shares his journey along the left-hand path and invites you to sample the esoteric experience of a contemporary wizard. 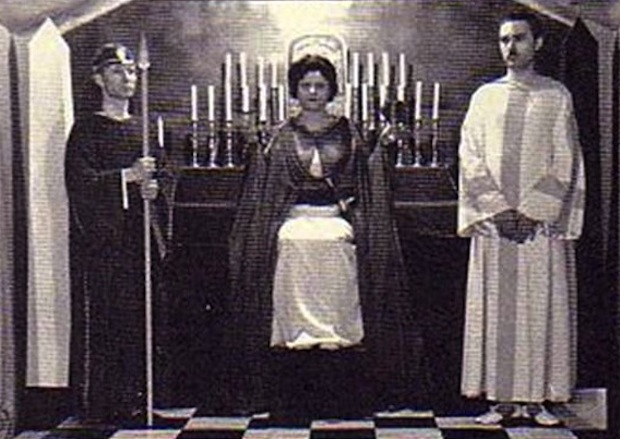 Success in obtaining the required funding target will allow Keep Calm and Hail Satan to be self-published and available in time for Christmas.

Commencement of marketing and distribution of advance copies (2 months)

Oliver Haddo explains how a short-term job transfer to Egypt led to a life altering decision and his first steps along the left-hand path. The author describes how that journey that has taken him around the world, some of the pivotal moments of providence, synchronicity and why he decided to let Lucifer in.

By definition hidden, occult wisdom has shaped numerous key historical. In this chapter the unseen influence and unexpected links between ancient Greek gods, narcotics and the beginning of Christianity are explored. Insights into druidic philosophy, secret societies and the development of occultism are provided for context.

At the beginning of the 20th century a new era in the dark arts commenced. Modern movements rapidly spread and began to gain influence and power, during each World War occult groups added their support to the battling nations with elaborate rituals. Many of the groups established during this renaissance of the occult fragmented and became mired in internal politics or public scandal. This chapter describes the spectrum of Satanism today.

Chapter 3: How to Use this Book

Some of the fundamental techniques are introduced and instructions on the safe use of supernatural power are provided. The eight-spoke path and the nine lessons are introduced.

This chapter explains why an individual would select the satanic route to success and actualisation over alternative philosophies and beliefs. The author debunks some popular misconceptions regarding Satanic practices and gives strategies for dealing with those who take umbrage at your choices.

Coverage and discussion of the how, why, where and when factors as related to cults and covens, from selecting a name to the dangers of physic vampires. Take a short test to see if this is an appropriate opportunity for you. Common cult management problems are examined and the pros and cons of alternatives are laid out.

A brief history of demons through time including ancient Sumerian and notable figures from the Ars Goetia. How rebranding of these figures in the popular imagination was an attempt to repress access to spiritual knowledge. There is an exploration of the manner in which demons have influenced modern culture, some tips on working with them and how they might work against you unless appropriate precautions are taken.

Arguably of all branches of magic use of sigils has been the most widely adopted and can be seen at in action almost everyday - if one knows where to look. The chapter reviews how this happened and how an individual can take back sigils and why this is so important. Also provided is a guide to sigil creation, advanced techniques and common mistakes. 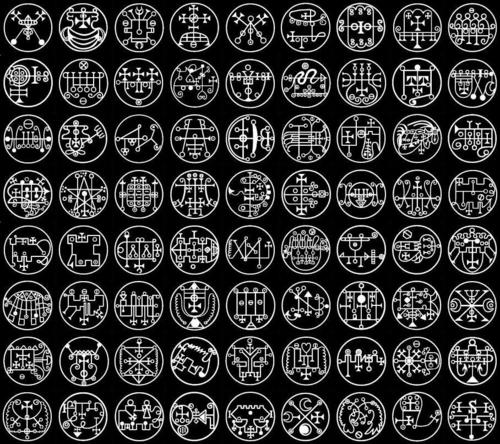 As a philosophy Satanism is practiced by some of the most successful – career-minded – people in the world. From business leaders to scientists the application of Satanic principles at work can boost your prospects, productivity and influence allowing you to join the discreet ranks of a select group.

This chapter looks at how particularly pleasant or preferred leisure activities may be detrimental to the personal development of a Satanist and how such problems can be avoided. Also covered is ritual debauchery and heightened/alternative consciousness.

Despite increased and instant access to information shamanic fraud and modern quackery are prevalent concerns that have become entrenched over the past decade. A Satanic guide to good health is presented, some of the contributions to modern medicine are discussed and common bogus practices revealed.

The compulsion towards moral behaviour based upon evolutionary survival and acceptance within social groups is taken as a starting point to examine the concept and role of friendship between Satanists and those who stand outside the circle. 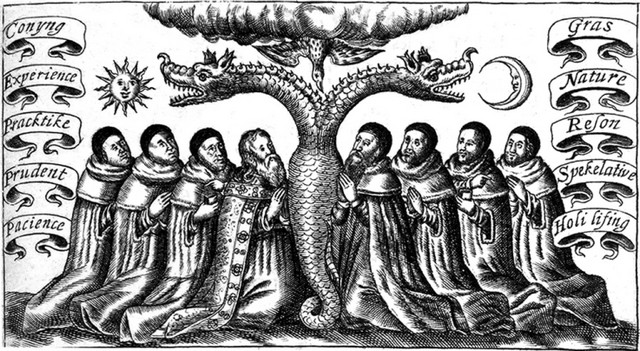 Sex magic can be found in the ancient Gnostic tradition, it was used by 18th century scholar Swedenborg and developed further by Brotherhood of Eulis founder, Paschal Beverly Randolph during the prudish Victorian era. Occultists regard sex magic as one of the most powerful methods of gaining access to otherworldly realms. This chapter discusses the reasons.

Mass communication methods have enabled physic bombardment on a vast scale. Arguably advertisers are the most adept at performing a modern bardic duty, however regular programming, social media, hippies and conspiracy theorists all contain elements of physic vampirism. This chapter contains practical information on defence techniques and on the attack vectors used by the afore mentioned groups.

The art of scrying - or divination - using a black mirror is covered in this chapter. As this book is for the modern occultist a number science based theories are examined that may shed light on the mechanics behind these practices.

A dominant cultural phenomena responsible for creating an ideological filter of wishful thinking that strains out anything we do not wish to acknowledge, or a genetically inherited and hardwired belief in the supernatural occasionally hijacked by the unscrupulous. Coupled with cultural appropriation and world views such as Orientalism spiritually toxic practices have spread.

This chapter explores a number of related ideas. For example, how marginalization of the psychedelic realm is pernicious and detrimental to society as a whole. Also how through occult ritual practice scientifically valid benefits are obtainable. A number of rituals are provided to allow the reader to conduct their own investigations.

Accoutrements and accessories have always served a necessary function for the keen occult scholar. New research indicates that psychosomatic factors are not the sole forces at play in areas such as water bonding, lunar pattern scheduling, familiars and communal revelry.

The final chapter covers gastronomy and features recipes for a range of ritualistic food, drink and potions.

Keep Calm and Hail Satan is structured according to the principles of the Druidic eightfold wheel of the year, which in turn represents the natural phases of life. Using this structure the associated activities and relevant concepts for each life stage are described and contextualised to guide the reader towards self-actualisation and enhanced potential.

A series of especially commissioned woodcut style prints will introduce each of the eight spokes to illustrate the unification of modern life with ancient wisdom. These prints will be available as rewards.

This Book Is Written For...

Anyone who enjoys esoteric information, true stories of strange history, ramblers on the left-hand path and skeptical minds.

Oliver Haddo has lived to experience the events and activities as described in Keep Calm and Hail Satan. Observing the lack of books that combine gastronomy, self-help and Satanism he commenced work on this project in mid-2014.

The author has travelled across the globe and spent extended periods in Egypt, Latin America and several European cities. During these travels he has often been shown great hospitality by a diverse spectrum of individuals who are viewed collectively as Satanists

We Satanists are often a scarred, battered bunch but we survive and we enjoy and we conquer through our strength and that of our Father Satan